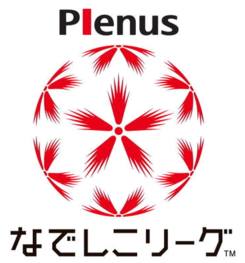 Since 2008, the Nadeshiko League has been sponsored by Plenus (株式会社プレナス), a fast food (bento) company based in Fukuoka.

The Japan Women's Football League, or the L. League, was founded in 1989. From 1993 to 1999 it adopted an Apertura and Clausura system, similar to the J. League system of that era. From 2000 to 2003 the clubs were divided into East and West groups and then the top clubs of each would go into a championship group, with the bottom clubs in a relegation group. In 2004 the single-table format was brought back. Teams from this early era would host annual training camps to build skills and relationships with international women's football clubs, such as those in the United States and Australia.

In 2004 the L. League acquired the nickname the Nadeshiko League. Nadeshiko is the name of the dianthus flower and was chosen from suggestions by fans, signifying an ideal of a dutiful Japanese woman.

In the 2004 season, the L. League added a second division, and until 2009 the league operated in the same way as the old Japan Soccer League for men where the bottom club in the second division playing off against a regional league playoff winner. In 2010, the second division was divided into east and west groups of six teams each; the winners of each group were promoted to the first division.

After Japan's World Cup win in 2011, the L. League saw an upsurge in popularity. In 2015, the league added a third division called the Nadeshiko Challenge League (チャレンジリーグ, Charenji Rīgu) was added, and the first and second divisions now had 10 teams each.